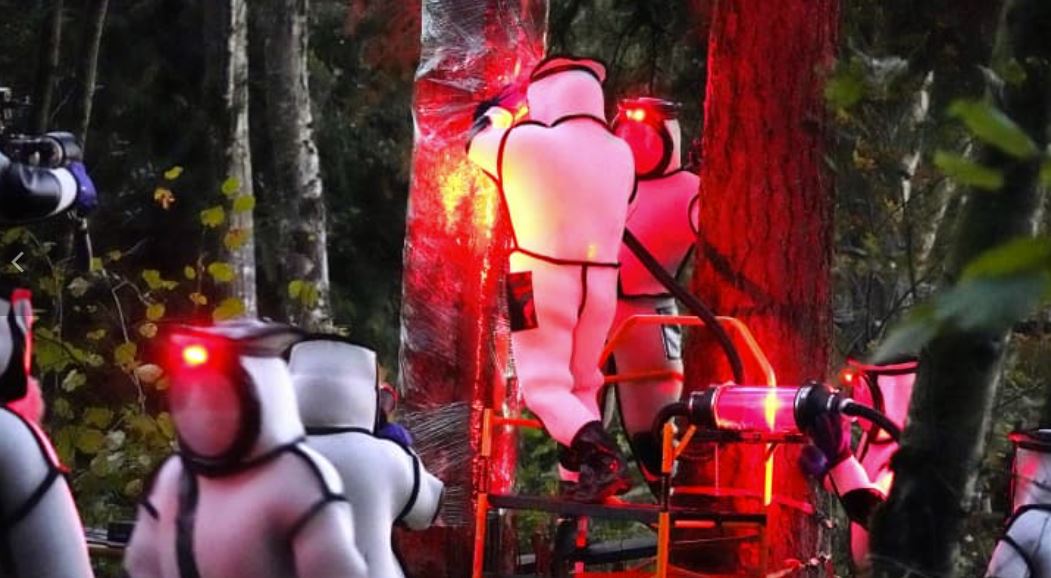 Murder hornets — now feared to be gaining a presence in the United States — are as ominous, scary, and threatening of an insect as their name might suggest, killing dozens of people in Asia each year with their terrifying ability to sting repeatedly, the New York Post reports.

The species of large and incredibly aggressive insects, native to East Asia, has been witnessed in Washington State, typically after catching a ride on a Pacific rim ship. Entomologists predict It’s only a matter of time before the stinging hornets spread across the nation, according to leading entomologists, posing a dire danger to the U.S. honeybees industry, which the killer hornets are known to kill with enthusiasm.

The state Agriculture Department had spent weeks searching, trapping and using dental floss to tie tracking devices to Asian giant hornets, which can deliver painful stings to people and spit venom but are the biggest threat to honeybees that farmers depend on to pollinate crops.

The nest found in the city of Blaine near the Canadian border is about the size of a basketball and contained an estimated 100 to 200 hornets, according to scientists who announced the find Friday.

Crews wearing thick protective suits vacuumed the invasive insects from the cavity of a tree into large canisters Saturday. The suits prevent the hornets’ 6-millimeter-long stingers from hurting workers, who also wore face shields because the trapped hornets can spit a painful venom into their eyes. (source)